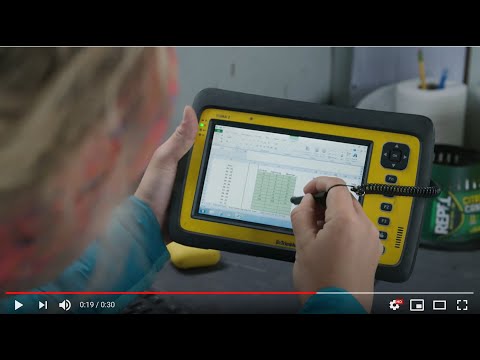 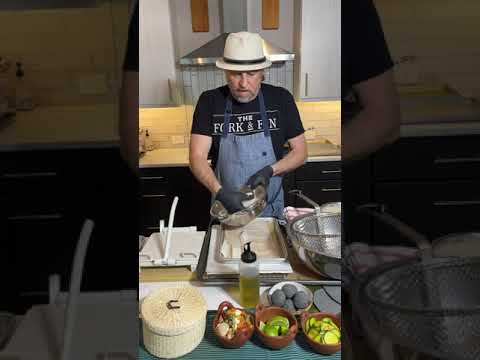 Barton Seaver attended the Culinary Institute of America, where he served as a graduate fellow in the meat and fish departments. As an executive chef, he has opened seven restaurants. He is the recipient of two Best New Restaurant awards, and 2009 Chef of the Year from Esquire magazine. His restaurant Hook was named by Bon Appetit as one of the top 10 eco-friendly restaurants in America.  “I support Alaska fisheries because I want to purchase from stocks that are doing well,” he says, “as well as supporting people who are doing the right thing.” 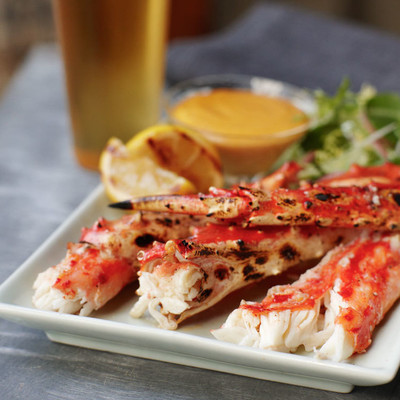 Aioli: Whisk together the egg yolks with salt and lemon juice.  Slowly begin to drizzle in the oil while continuing to whisk vigorously.  After about half of the oil has been added, thin out the aioli with a few drops of water. Continue to whisk in the remainder of the oil in a slow stream.  Once all of the oil has been added, the sauce should be thick and hold its form when a whisk is pulled through it.  Add Tabasco® sauce in small increments, tasting after each addition so the aioli does not become too spicy.  Divide the aioli between four bowls.

Alaska Crab: Prepare a large charcoal fire and let the coals die down to a nice red ember bed. While the fire is being prepared, remove the crab legs from the refrigerator so they begin to come to room temperature.  They should not be out of the refrigerator for more than 15-20 minutes before they go onto the grill.  (They should certainly be defrosted as they will burn on the grill before they heat all the way through!)  Place the crab legs on the grill directly over the hot coals and allow to grill until the shell begins to turn dark brown, almost black. If the shell chars a little bit that is fine; it adds to the flavor. Turn the crab legs over and remove to a cooler part of the grill. Allow to sit for another 4 to 5 minutes. Place the lemons, cut in half, on the hottest part of the grill. The lemons should be golden brown and sweetly caramelized in the time that it takes to fully heat the crab legs.

Prepare a salad of mixed greens lightly dressed with olive oil and salt.

Place the grilled crab legs onto a large platter and serve with the grilled lemons and mixed green salad.  Suggest to guests that they squeeze a little grilled lemon juice over their salad. Eat the crab just as you would normally, by peeling back the shell and dipping the meat into the aioli.